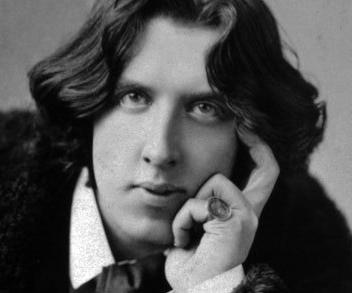 The following is a list of Oscar Wilde quotes. Wilde was an Irish poet and writer who lived in the 1800’s and became well-known for his plays.

“Always forgive your enemies – nothing annoys them so much.”

“All that I desire to point out is the general principle that life imitates art far more than art imitates life.”

“All women become like their mothers. That is their tragedy. No man does. That’s his.”

“A cynic is a man who knows the price of everything but the value of nothing. ”

“A dreamer is one who can only find his way by moonlight, and his punishment is that he sees the dawn before the rest of the world.”

“A gentleman is one who never hurts anyone’s feelings unintentionally.”

“A little sincerity is a dangerous thing, and a great deal of it is absolutely fatal.”

“The pure and simple truth is rarely pure and never simple.”

“The salesman knows nothing of what he is selling save that he is charging a great deal too much for it.”

“The true mystery of the world is the visible, not the invisible.”

“The truth is rarely pure and never simple.”

“A thing is not necessarily true because a man dies for it.”

“A true friend stabs you in the front.”

“A work of art is the unique result of a unique temperament.”

“Ah, well, then I suppose I shall have to die beyond my means.”

“An excellent man; he has no enemies; and none of his friends like him.”

“Experience is one thing you can’t get for nothing.”

“Experience is simply the name we give our mistakes.”

“The only thing to do with good advice is to pass it on. It is never of any use to oneself.”

“The only way to get rid of temptation is to yield to it… I can resist everything but temptation.”

“The public is wonderfully tolerant. It forgives everything except genius.”

“I regard the theatre as the greatest of all art forms, the most immediate way in which a human being can share with another the sense of what it is to be a human being.”

“I see when men love women. They give them but a little of their lives. But women when they love give everything.”

“I sometimes think that God in creating man somewhat overestimated his ability.”

“I suppose society is wonderfully delightful. To be in it is merely a bore. But to be out of it is simply a tragedy.”

“Ambition is the germ from which all growth of nobleness proceeds.”

“Ambition is the last refuge of the failure.”

“The moment you think you understand a great work of art, it’s dead for you.”

“The imagination imitates. It is the critical spirit that creates.”

“Consistency is the last refuge of the unimaginative.”

“Conversation about the weather is the last refuge of the unimaginative.”

“Deceiving others. That is what the world calls a romance.”

“One should always play fairly when one has the winning cards.”

“One’s past is what one is. It is the only way by which people should be judged.”

“One’s real life is so often the life that one does not lead.”

“Only the shallow know themselves.”

“Seriousness is the only refuge of the shallow.”

“Society exists only as a mental concept; in the real world there are only individuals.”

“Success is a science; if you have the conditions, you get the result”.

“Do you really think it is weakness that yields to temptation? I tell you that there are terrible temptations which it requires strength, strength and courage to yield to.”

“Education is an admirable thing, but it is well to remember from time to time that nothing that is worth knowing can be taught.”

“Every portrait that is painted with feeling is a portrait of the artist, not of the sitter.”

“Arguments are to be avoided: they are always vulgar and often convincing.”

“Art is the most intense mode of individualism that the world has known.”

“As long as a woman can look ten years younger than her own daughter, she is perfectly satisfied.”